Neonatal Isoerythrolysis (NI) is a potentially fatal disease in young foals. As in humans, horses have different blood groups. If a mare and foal have incompatible blood groups, it is possible for antibodies in the colostrum (first milk) to attack a foal’s red blood cells. This can lead to severe symptoms such as anemia, jaundice, organ damage, and in case of a missing/ delayed diagnosis, even death. 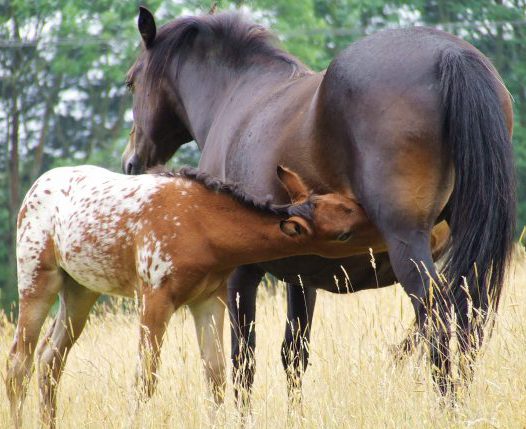 In order to reduce the risk of losing a foal to NI, a mare and stallion should be tested for incompatible blood group factors prior to breeding. NI rarely affects a mare’s first foal but the risk of a foal being affected increases with each incompatible mating that follows. The appearance of NI is strongly associated with the frequency of different blood group factors in a breed’s population.

CAG is now offering tests to reduce the risks of NI through the testing of breeding animals. It is also possible to test the mare’s serum prior to foaling, a foal showing symptoms of NI, or a mare’s colostrum prior to storage. Click here for more information about NI and our tests.